The ancient city of Ayutthaya, or Phra Nakhon Si Ayutthaya, The Thai capital for 417 years, is one of Thailand’s major tourist attractions. Many ancient ruins and art works can be seen in a city that was founded in 1350 by King U-Thong when the Thais were forced southwards by northern neighbors. During the period of Ayutthaya being the Thai capital, 33 Kings of different dynasties ruled the kingdom until it was sacked by the Burmese in 1767. Ayutthaya is 76 kilometers north of Bangkok and boasts numerous magnificent ruins. Such ruins indicate that Ayutthaya was one of Indo – China’s most prosperous cities. Phra Nakhon Si Ayutthaya a Historical Park, a vast stretch of historical site in the heart of Ayutthaya city, has been included in UNESCO’s list of world heritage since 13 December ,1991. Ayutthaya covers 2,556 square kilometers, and is administratively divided into 16 districts (Amphoes). It is conveniently accessible due to good roads and a short distance from Bangkok Bang Pa-In is a small town, 58 km (36 miles) north of Bangkok by rail, 61 km (38 miles) by road. The place is famous for its Royal Palace compound, typically visited on tours from Bangkok to Ayutthaya. The palace, surrounded by a lake 400 m (1312 ft) long and 40 m (131 ft) wide, and the Wat Chumphon Nikayaram, were originally built by King Prasattong (reigned 1630-1655). Bang Pa-In was used as a country residence by every Ayutthaya monarch after King Prasattong, but when the new capital was established in Bangkok, Bang Pa-In was left unoccupied for 80 years. It was only during King Mongkut’s reign (1851-1868) that Bang Pa-In regained importance as a Royal residence. King Mongkut stayed there and had a new palace built.His son, King Chulalongkorn (Rama V, reigned 1868-1910) liked the place, stayed there every year and constructed the Royal Palace as it is seen today. 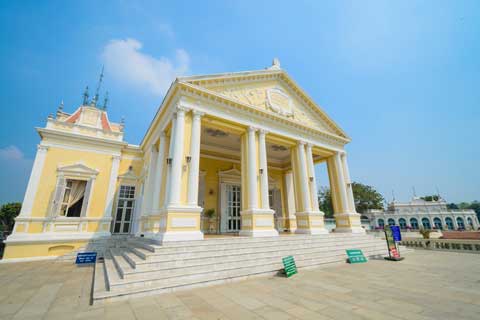 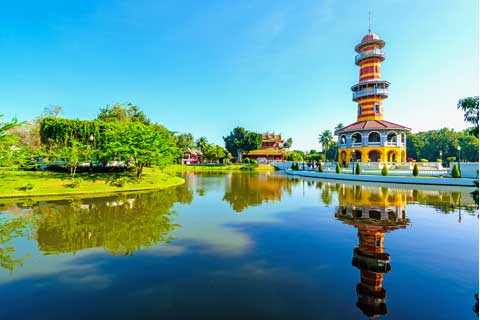 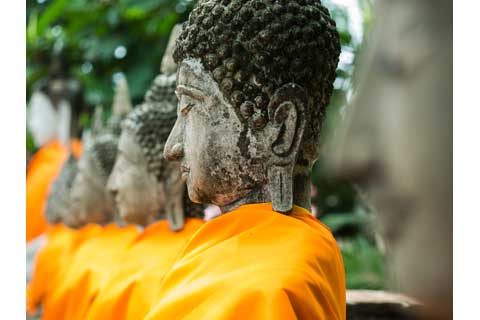 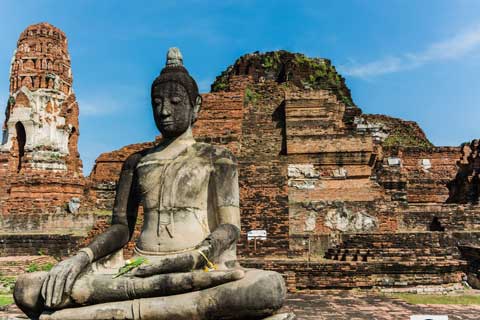 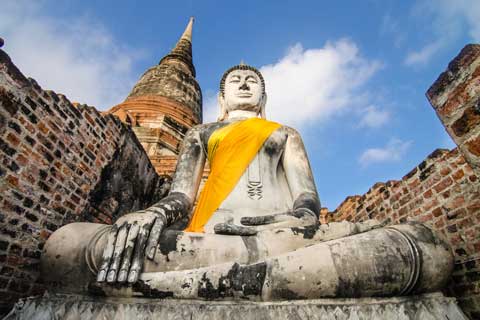 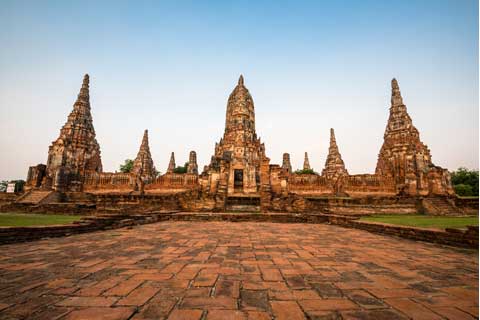 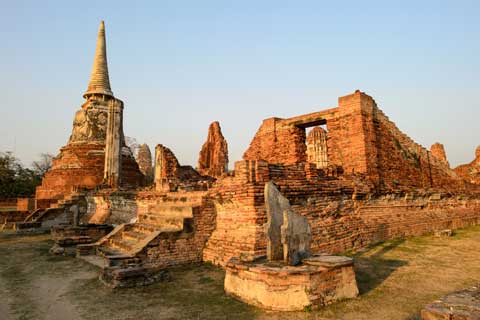 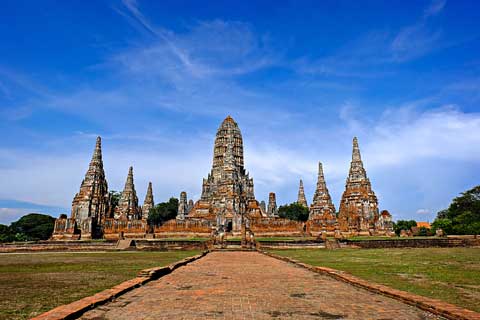 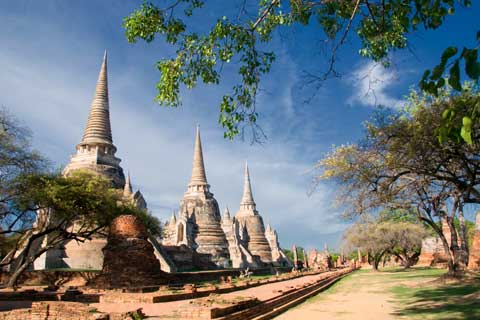 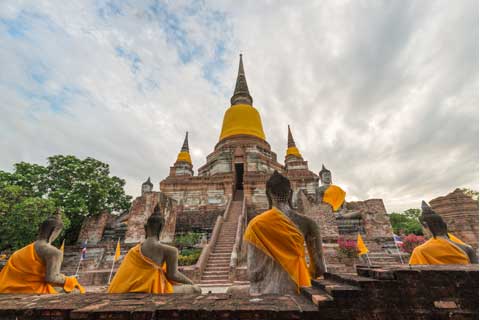 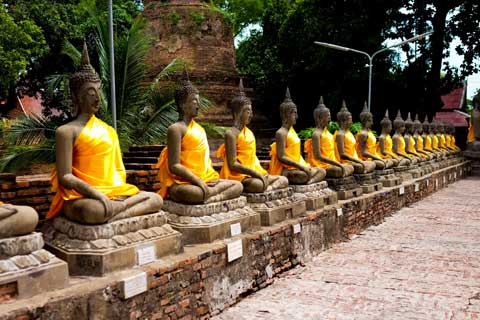